The virtues of sweet potato and more ...

According to one study, sweet potato leaves contain the most phenolic compounds, followed by the peel and then the flesh.

1. A polysaccharide extracted from sweet potato would exert beneficial effects on the immune system of the animal, by increasing the proliferation of lymphocytes and their phagocytic function.

2. The phenolic compounds and anthocyanins it contains, sweet potato could have a positive action on the oxidation of LDL cholesterol. Purple-colored varieties of sweet potatoes (cultivars developed in New Zealand and Japan), contain a lot of anthocyanins that give them their colors.

4. Anthocyanin extracts from purple sweet potato have been shown in animal studies to decrease the incidence of colorectal cancer and the progression of atherosclerosis. Other studies in animals show that these same anthocyanins have a protective effect on the liver, for example by protecting it from damage due to high doses of acetaminophen.

5. Certain pigments in purple sweet potato may slow the deterioration of cognitive function and even reverse memory deterioration in mice by reducing inflammation and oxidative stress in the brain.

6. According to several studies, both in animals and in humans with type 2 diabetes, the extract of a particular type of white-skinned sweet potato (grown in South America and Japan) such as those contained in purple sweet potato, may improve blood sugar control. This effect has been shown in vitro to be due to stimulation of the immune response. These compounds would inhibit an enzyme influencing the rise in blood sugar after the digestion of carbohydrates. A certain protein, arabinogalactan from white sweet potato, is said to contribute in part to these antidiabetic properties. A study shows that a drink made from purple sweet potatoes improves liver function in subjects at risk of liver disease and lowers liver enzyme levels. In vitro, tuber and leaf extracts have shown some efficacy in preventing cell mutations and cancer cell growth.

7. A trypsin inhibitor protein contained in sweet potato, showed in vitro a strong antioxidant effect. This could enter into the prevention of cancer, more particularly leukaemia. An in vitro study shows that leaf extracts would allow relaxation of blood vessels, particularly the aorta, by having a protective effect on the internal wall of the vessels. Sweet potato leaves may have a protective effect against lung cancer. 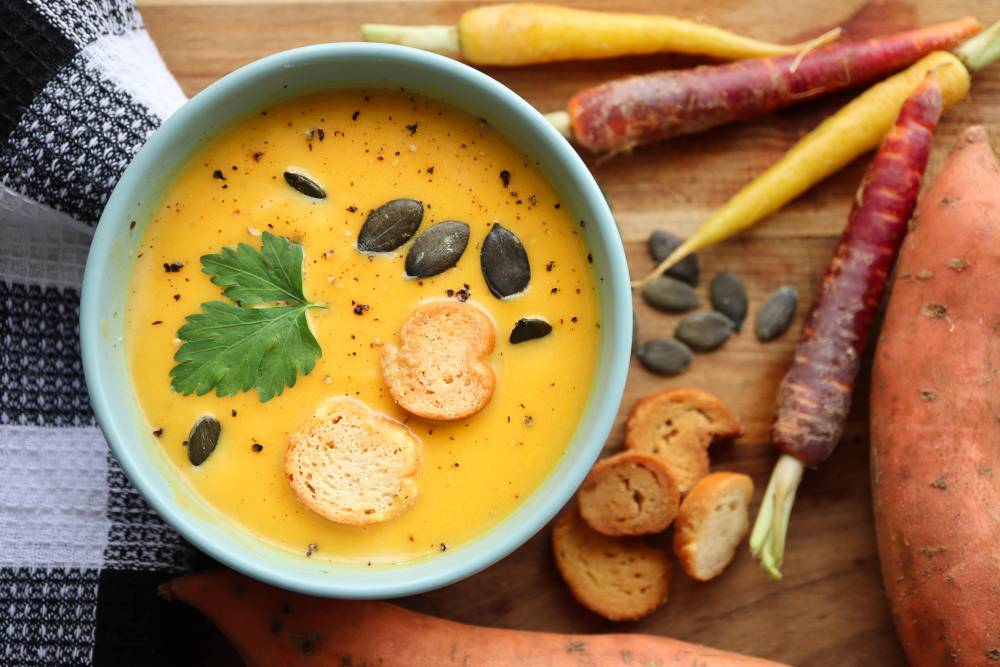